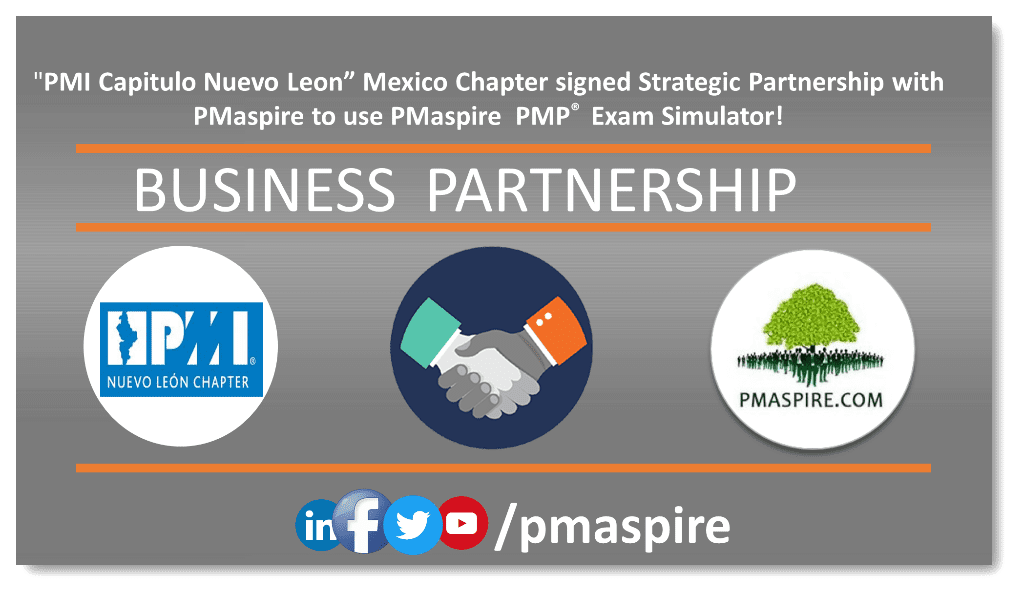 PMI Capitulo Nuevo Leon Chapter are a group of professional volunteers from Project Management, who constitute a non-profit organization and aligned to PMI (Project Management Institute); working to promote their profession in the community in general, including Companies, Institutions, Organizations, Industry and Individuals; promoting the culture of order, through methodology, framework and interpersonal skills that allow them to develop the best practices of Project Management worldwide, resulting in successful projects that generate products or services that give value to organizations.

PMaspire PMP® Exam Simulator is currently available in English, Arabic, Portuguese, Spanish and German. Chinese and French versions of simulator products are under development and will be released in next two quarters. PMaspire has 300+ partners and helping project aspirants in 100+ countries through Multilingual Exam Simulator.